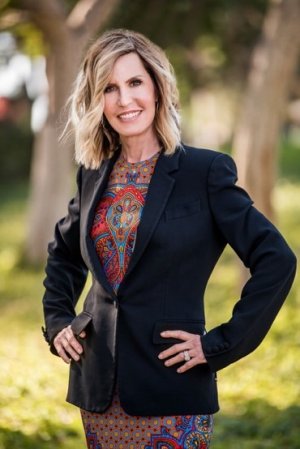 Stephanie M. Caballero, Esq. and her firm, The Surrogacy Law Center, APLC, have represented thousands of clients from all over the world in Surrogacy, Egg, Sperm, and Embryo Donation arrangements. Stephanie and her firm specialize exclusively in Family Formation and Reproductive Law and Stephanie has appeared on various programs and in print media including the Today Show, Access Hollywood, HuffPost Live, ABC News, Fox 5 San Diego, BBC Mundo, The Daily Beast, In Touch Magazine, The Bakersfield Californian, The Examiner, Creating a Family radio program, NPR, The Los Angeles Times, The Union Tribune and the L.A. Daily Journal.

Stephanie had her own journey through infertility. After eight years of treatments including more than 10 artificial insemination procedures, three surgeries, three miscarriages, and 13 IVF procedures, she finally realized her dream of having children when a surrogate carried her twins. Stephanie also had to adopt her twins because the state where they were born did not recognize surrogacy.

Stephanie is a member of the American Bar Association, Academy of Adoption and Assisted Reproductive Technology Attorneys and American Society of Reproductive Medicine, having served on the board of its Legal Professional Group. Stephanie also serves on the boards of My Surrogacy Journey and Parents Via Egg Donation (PVED).